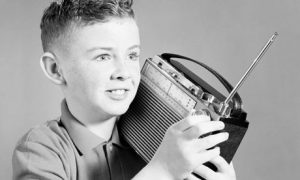 The power of Social Media

An interesting thing happened to me the other day. Due to my football team not being played live on TV I had to listen to the radio to follow the game. Since no Melbourne radio stations were calling the game I had resort to listening to the Geelong radio station K-ROCK.

Being on the other side of Melbourne and almost out of range, I stood close to the antenna for better reception and listened intently. The call was good, especially when my team kicked 3 goals just before half time.

As the teams were coming out for the second half one of the commentators used a word, that even he acknowledged was out of context, to explain the weather. I thought this was funny and decided to, and I never do this, tweet to K-ROCK the real definition of the word. A simple cut and paste from dictionary.com by the way. And also let them know that I was enjoying their call.

Then something interesting happened. The game had restarted with the call going well. Then one of those special comments guys decided to intervene with my name and my tweet. “Did I just hear my name on the radio? And did he repeat what I had tweeted?” They then started to have a laugh at the main caller and his choice of words.

What happened next was quite amazing. I started to feel a part of what was happening. That I was a part of their call of the game. I checked twitter and K-ROCK had already re-tweeted my tweet to all of their followers. What a strange feeling.

The feeling that I got from these guys involving me in their product (calling the game) was one of belonging and a part of something. I felt good and even my wife who was sitting reading her book looked up and laughed. Who would have thought such a small effort on their behalf made one of their listeners (customers) feel important.

So what does this all mean? Am I going to listen to every media outlet and tweet to get more recognition, I could, but that’s not me. No, what it means is that next time I listen to the football on the radio, K-ROCK will be high in my choice as opposed to other more local stations to me. This choice would have usually been given to another station. All of a sudden I am thinking of switching channels (products).

Isn’t that what every marketer aims to achieve. To have a potential buyer think of their product ahead of the competition. And it really was a simple thing for KROCK to do. It’s not that my usual radio station had done anything wrong, it just that when given the chance K-ROCK did everything right. And now I feel good about them.

This is the power of social media if it is done correctly. It’s not always so important to have hundreds of thousands of followers, although it is nice to have, but it is imperative to make the ones who do follow feel important. That’s the key to loyalty.

As Dale Carnegie said in his famous book “How to win friends and influence people” (which I think all marketers should read if you haven’t already) people want to feel important. So if you want to make a friend or loyal customer, focus on them, make them feel important, because it is all about them…