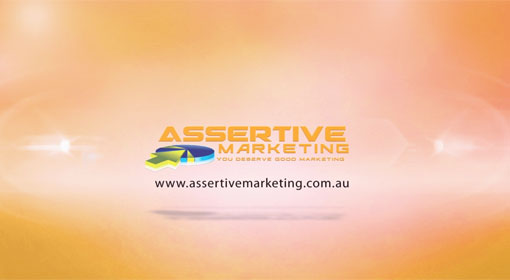 Why call your agency Assertive Marketing

I was asked this question the other day, why call your agency Assertive Marketing?

The name comes from a time in my life when I was working in an office and the atmosphere was aggressive and alpha type dominated. There was a hierarchy structure in place and if you were the dominant person you won. Personally, I fell under the lower rung and didn’t have much say and was always put to the bottom of the pile. It was a case of the loudest voice got heard.

Frustration about my input

Frustrated with the lack of input I spoke to a friend, and she gave me some great advice. I said to her that I must start to get more aggressive and stand up for myself so I could be heard. Her answer was:
“Aggressive is not the term or approach. This will only bring you more aggression in return. You don’t have the resources to combat this therefore you will not win.

Be Assertive not Agressive

Your approach should be ‘Assertive’. By being assertive you show confidence, and this allows you to find a voice. The way you become assertive is by understanding what your contribution means to others around you and focus on your strengths not your comparative attributes.”
I tried this approach and eventually received respect from the people who mattered. My self-esteem grew and I eventually became a major contributor to the company.
So, when I started Assertive Marketing, I wanted to give the ‘little guy’ the opportunity to be assertive in their markets.

The loudest voice get heard

Here are just a few examples:

Stephen Mullens is the owner of SNC Solutions a local IT company and reseller of the Hexagon RADAN range of sheet metal software for the Australia and New Zealand market.

“We wanted to increase our awareness within the market. We identified that LinkedIn and Facebook were great places for us to find new business. So, what we needed was to gain more followers we just didn’t know how to do that, and we certainly didn’t have the time.”

“The marketing has been fantastic! We have grown our LinkedIn followers and our sales have grown. In fact, we just won the Hexagon global “Outstanding Achievement Award – Sheet Metal” at the Global Reseller Conference 2021.”

For More on SNC Solutions

Dennis Eliopoulos is the owner of a manufacturing company in Hallam Victoria. They make Industrial Fans, Drifveshafts and Balancing.

“Take it from me, as a business owner. All my ideas were great (I thought) but I had NO idea how to put the puzzle together. You’re right when you mention Marketing people know what they’re doing, they do!! This is when you came into my life, refined my ideas…. added a few of yours…. and put them into practice. What is even more important that I never realized, is to be able to measure your success from these ideas. Well, you’ve achieved that as well, Gerard. Well done and thank you for that”.